“Half of the troubles of this life can be traced to saying ‘yes’ too quickly and not saying ‘no’ soon enough.”
JOSH BILLINGS 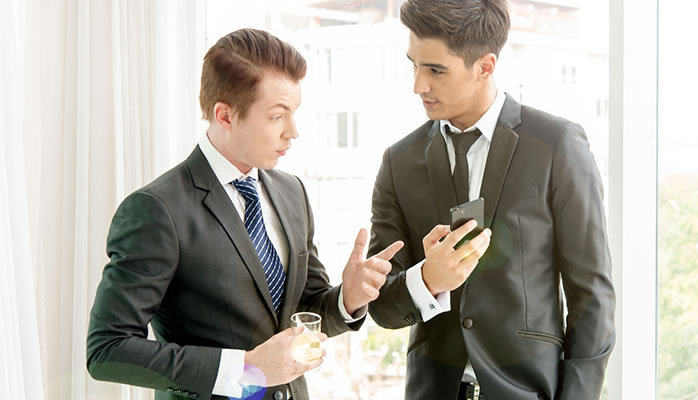 Most of the time, whether at work or in our social lives, we want to say ‘yes’ to the things that people ask us to do: we want to be helpful and supportive. And typically we want a (well-earned) reputation as someone who can get things done and is easy to work with.

However, if we always say, ‘yes’ to everything that is asked of us it doesn’t take long to become overwhelmed by the sheer volume of work we need to do; so deadlines slip, tasks are unfinished, people get disappointed and we get stressed. So saying ‘no’ (or at least saying, “not right now” or “take something away before you add something new”) and proactively negotiating priorities is a key life skill. After all, if you never say ‘no’ what is the value of your ‘yes’?

In fact research conducted at the University of California in San Francisco (quoted in a 2013 Forbes.com article) shows that the more difficulty a person has saying no, the more likely they are to experience stress, burnout, and even depression. So learning to say ‘no’, diplomatically, can improve both your emotional state, as well as your productivity.

Saying ‘No’ to other people

Many people are frightened of the consequences of saying “no” to others. This is especially true where the person making a request has some obvious means of retaliating if they are unhappy with our actions e.g. a boss, a customer or a spouse. Sadly this fear of reprisals is often justified, so part of this skill in saying “no” is to be brave and to have the courage to stand up for ourselves; closely followed by having the skill to say no diplomatically. Of course, being ‘brave’ (as opposed to reckless) involves exercising good judgement. When your income depends on keeping your job, and your family depends on your income, it pays to pick and choose when you stand up for your rights. So it is worth remembering the old adage, ‘discretion is the better part of valour’.

That being said the study of Assertiveness provides some valuable guidance on how to ‘speak up’ and express your views. Assertiveness is the ability to say what you think and feel without being aggressive toward the other person, or simply staying quiet in the face of unfair treatment. In other words, assertive people can stand up for themselves while taking the other party’s needs into account. Andrew Salter, the American Psychologist, is generally credited with having developed Assertiveness Training in the 1960’s as part of his clinical practice, while Manuel Smith, in his 1975 book When I Say No, I Feel Guilty, is generally thought to be the first person to introduce assertive concepts into the world of business. One idea in Smith’s book is the idea that we can have the mental strength to ‘stand up for ourselves’ if we focus on certain ‘assertive rights’ – these include…

3 tools for saying “No” assertively

A belief in having certain ‘Assertive Rights’ can help to develop the resolve needed to say “no” to someone, but specific tools and techniques are necessary to turn those rights into words and deeds. There are a number of assertive techniques e.g. Using “I” statements, Fogging, Broken Record etc., but three of the most powerful ideas include…

1. Assertive Enquiry – Asking Questions, and listening to the person’s answers, so we know what’s really important to them, before we comment. (Listening means not only paying attention to the words that they use but also their tone of voice, body language etc., so that we gain a full understanding of what the person is really trying to say to us.)

2. The three-step technique – acknowledging another person’s concerns while politely, but forcefully, stating your own point of view. The three steps should be completed in thirty seconds or less and be executed with a calm even tone of voice, steady eye contact and an upright, relaxed posture. The steps are:

(1) Summarise the other person’s views
(2) Give your view, and
(3) Suggest an Action

For example… (1) “I understand that you want the Budget Figures by Friday so you can present them at the Board Meeting (2) However I am fully committed to collating the Project Updates (3) So I suggest that you ask Jane to do it instead.”

3. Workable Compromise – focusing on the common ground and being flexible enough to adapt our position to ensure that everyone gets at least some of what they want.

For example, “OK I’ll complete the Budget Figures by Friday, as long as you agree that the Project Updates can be delayed by a week.”

Saying ‘No’ to wasteful activities

Saying no isn’t only about dealing with requests from other people. It’s also about deliberately saying “no” to working cumbersome tasks and ‘broken processes’. So, a useful self-audit question is to ask yourself; “What am I going to stop doing?” or maybe, “What am I no longer willing to put up with?”

Peter Drucker, the well known management thinker, famously captured this idea in the form of a question – “If we didn’t already do this, would we start now?”

Interestingly, he also suggests that managers get insights from their employees about what to stop doing, by asking them, “What do I do that wastes your time?”

Saying ‘No’ to your own bad habits

Lee Newman, in his 2014 HBR article, ‘How to Override Your Default Reactions in Tough Moments’, argues that one thing that many managers need to say ‘no’ to is their instant reaction to difficult situations. His view is that the way people handle their automatic reflexes during meetings, conversations, negotiations, conflicts, etc., is key to having a successful career. For example, if a Project Manager’s automatic reaction to being challenged about the next step that should be taken on a project is just to ‘defend’ their position, they might fail to hear the other person’s side of the story and end up in an emotional dispute. Newman suggest that effective people should identity what triggers their emotional or competitive side. Then make a list of their default behaviours in those situations e.g. interrupting, micromanaging, or judging too quickly. This, he argues, creates an opportunity to anticipate them and thus rehearse a better way of coping with challenging situations. Of course the same logic can be applied to saying “no” to all kinds of bad habits, and not just those related to ‘tough situations’ e.g. poor sleep patterns, lack of work/life balance, not spending enough time networking etc.

If they pause for a moment to reflect on it, most people can come up with a list of things they want to say “no” to based on: how they deal with other people, struggle with wasteful work practices, or indulge their own ‘bad habits’, but here are seven suggestions for kick starting the process. Consider saying “No” to…

Use these three tips to boost your confidence, impact and chances of landing that job at your next interview.

Try reading: Assertiveness At Work: A Practical Guide to Handling Awkward Situations, by Ken & Kate Back

Think about hiring an expert Boulden Coach for a ‘one to one’ Executive Coaching assignment: www.boulden-executivecoaching.net/coaching-philosophy.php