“One hand washes the other” – Seneca the younger 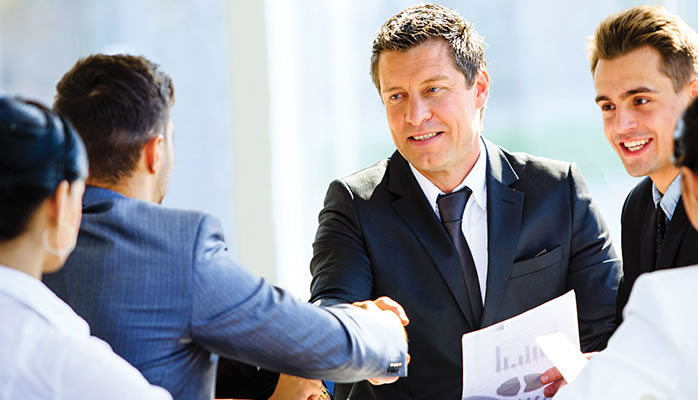 Negotiation, as defined in the dictionary, is, a discussion aimed at reaching an agreement. And much of success in business comes from being able to negotiate deals that leave both parties feeling satisfied. This involves treating the negotiation primarily as a ‘problem solving’ activity, as opposed to a competition to be won or lost. This is the ‘classic’ win/win scenario from the games theory models of the 1940’s. Win/Win deals mean that people are more likely to keep their promises because they feel that they gain from the arrangements that have been made. Win/Win deals also make repeat business more likely, because both sides start to trust each other and are ready to compromise to make sure that they both continue to gain from the relationship. In fact a study by Professor Gerald R. Williams (Harvard Law School dispute colloquium 1983) found that 97% of negotiators in his study who adopted a cooperative problem solving approach were rated as being effective, as opposed to 67% for people who adopted an adversarial stance.

But of course there are many competitive situations where one party would like to take advantage of the other and create a Win/Lose deal. Effective Negotiators understand this and so have the capability to work collaboratively (their preferred way of operating) while also being able to ‘defend themselves’ against hostile or predatory behaviour. With that in minds we’ll cover in this article:

There is a lot of research that highlights what makes for good negotiation strategy, and amongst that research we can highlight four ‘big’ ideas: Building Trust; The Anchoring Concept; Interests not Positions; The Settlement Range (BATNA’s and ZOPA’s).

Psychological research shows that ‘behaviour breeds behaviour’ i.e. we respond to other people’s actions with similar actions e.g. if someone treats us with respect, we tend to respond in kind, but If they seem (say) ‘guarded’ and cautious, we are likely to behave that way ourselves.  So good negotiators (wherever possible) take time to get to know the other party before they begin to negotiate in order to build a cooperative atmosphere e.g. by meeting for an informal coffee or lunch; but even a few minutes of small talk before starting the meeting can help. For example, Northwestern University School of Law Professor Janice Nadler found that negotiators who spent five minutes chatting on the phone—before negotiating —felt more cooperative toward their counterparts, shared more information, made fewer threats, than did pairs of negotiators who jumped straight into discussing the deal.

Of course it would be naive to assume that a ‘trusting relationship’ will exist just because you’ve engaged in some small talk, so skilled negotiators also do their homework on the other party’s past business dealings, corporate culture, and interests.National culture also comes into play when building trust. For example some cultures need a protracted period of confidence building, often based around meeting for dinner or drinks, e.g. to build a relationship with a Japanese company up to two years of contact during which friendship, ‘respect’, politeness, and ‘sincerity’ is established may be required; whereas other cultures prefer to get to business straight away and like a measure of plain speaking e.g. Holland.

Another key trust building technique is to highlight the concessions you’re making to the other side. A common negotiation error is to make concessions without explaining the ‘cost’ of that concession, and as a consequence the concessions go unappreciated and unreciprocated. So showing that you are prepared to do something that would be difficult/embarrassing/consequential is important, even (or maybe especially) in those instances where there is no financial number that can be placed on it.

‘Anchoring’ describes the common human tendency to rely too heavily on the first piece of information offered (the “anchor”) when making decisions.   Once an ‘anchor’ has been set, e.g. a price has been quoted, then it is quite difficult to move too far away from that initial start point. So it’s usually best to put your offer on the table first (i.e. set the anchor) and to make sure that you have a ‘bold’ initial start point. It also pays to be aware of this ‘psychological bias’ and to consciously and actively act to defuse any ‘unhelpful’ anchor points set by the other side.

In negotiation theory an ‘Position’ is ‘what’ someone wants (it’s the thing they are asking for) and an ‘Interest’ is ‘why’ he or she wants that thing. The significance of this is concept is that there is usually only one way of satisfying a position – and that’s to give in to it – but there are typically many ways of satisfying an interest. This matters because the more options we can generate the more likely we are to find a way of doing things that work for both parties.  For example someone might ask a car dealer for a Porsche 944 (a position that gives one way of meeting their requirements) but if their interest is in owning a sports car then more options become available (e.g. Jaguar, BMW, Ferrari, Aston Martin etc.) And maybe the car dealer doesn’t have a Porsche in stock but can offer a good deal on a Jaguar. So effective negotiators ask, “Why is that important to you?”

Expert negotiators know what their goals are.  They also know what they are willing to give to the other side to get their goals.  As part of this they have clear view of what offer they will open with, what they are prepared to concede on and what they will absolutely refuse to do. This assessment is based on a solid grasp of the strengths and weaknesses of their position and of their view of the other side’s situation. This is known as building a ‘settlement range’. (Of course if the two settlement ranges – yours and theirs – don’t overlap then a deal is going to be hard to reach!)   At Harvard Business School they describe this overlapping range as the ZOPA – Zone Of Possible Agreement.

Also Ury, Patton and Fischer in their classic text on negotiation (Getting to Yes) highlight the importance of the BATNA when defining the settlement ranges. The BATNA is the ‘Best Alternative To a Negotiated Agreement’ i.e. what would you do if you walk away from the deal? The better your ‘no deal’ option, then the more ‘bullish’ you can afford to be during negotiation. But remember the other side also has their own ‘no deal’ fallback position and it might be even better then yours! It’s worth highlighting that the ‘best alternative’ is a robust and properly researched option – not something that ‘might be possible’, or something that you ‘hope’ to do if the deal falls apart.  The BATNA concept is topical in light of the British Prime Minister’s stated position on Brexit i.e.  ‘that no deal is better than a bad deal’. Her critics on this point (of whom I’m one) say that this is actually not a true BATNA, because the analysis of what is likely to happen in the event of not reaching agreement with the EU hasn’t been fully examined and explored.

In 1978 Neil Rackham and John Carlisle published a seminal study into the behaviors of expert negotiators in the Journal of European Industrial Training. They defined good negotiators as people who: routinely came to an agreement; made deals that were implemented successfully; and left people happy to negotiate with them again. The study provided a wealth of research based data into what constitutes effective negotiators behaviors, including the information that great negotiators:

Dealing with the deceitful negotiator

Not all negotiators take a Win/Win approach. Some are very competitive and some tell lies, sometimes directly, but more often by omission (i.e. by not offering relevant facts). So effective negotiators are adept at asking detailed questions, spotting evasion, noticing vague responses and reading body language. A study by Schweitzer and Croson found that 61% of negotiators gave an honest answer when asked directly and specifically about information that weakened their position (compared to 0% of those not asked directly).But be warned, 39% of the negotiators simply lied. When people are telling lies they often avoid answering the question they’ve been asked.  A study by Rogers & Norton (Journal Experimental Psychology, 2011) found listeners usually don’t notice these evasive answers, so it’s a tactic that works well for the deceitful negotiator. One counter measure is to have a list of questions on a pad; leaving space next to them to write down the answers you’ve been given. It’s then possible to take a few moments after each response to consider whether you’ve actually been given the information you wanted.

The power of conditional language

Conditional language is the bedrock of effective negotiation i.e. any proposed action is reliant on something else (i.e. if X then Y). E.g.  “if you reduce the price by 5% then I will sign the contract.” Or “if you want a lower price, then I need you to buy a bigger quantity.” This is important because it builds ‘give and take’ or symmetry into the conversation. So no concession of any substance is given for free; there is always a ‘quid pro quo’ hardwired into the structure of the language being used. And if the other side doesn’t reduce the price by 5% then the offer of signing the contract is void.

Conditional language can also be applied to the challenge of addressing differences of opinion about what the future might hold e.g. the seller of a business anticipates rapid, on-going sales growth and so wants a high price for their company, but the buyer is more pessimistic about future revenue streams etc. This can usually be addressed by including a contingency in the deal (i.e. using the if X then Y format) e.g. “the price for the company is €100,000,000 but if sales reach X over the next three years then an additional €10,000,000 will be paid.”

Conditionality can also be used to deal the issue of ‘events’ causing agreements to become unworkable or unprofitable over time.  Often these events will be unforeseen e.g. a change in legislation, an unexpectedly large shift in exchange rates, a new technology appears etc. So savvy negotiators make sure they have a ‘break clause’ in their deals, so that existing terms can be revisited as and when economic conditions change i.e. if we feel there is a change in circumstances then we have the right to reassess the terms after a two-year period.

Reflect on how you handle your negotiations at present. Do you plan thoroughly?  Do you think about your settlement range and BATNA? Are you focused on making sure that the other side also get something from doing the deal? (I.e. you adopt a problem solving mind-set.) What improvements could you make to how you negotiate?

Read (or re-read) …the classic negotiation text… Getting to Yes by Ury, FryPatton (Houghton Mifflin Harcourt)

Watch… this two minute clip of the prize wining psychologist  Daniel Kahneman giving an overview of the power of anchoring.

We also have a half-day workshop on High Impact Negotiations, which is a great way of ensuring people have a grasp of the key elements of making good deals…

If you’re a senior executive maybe a ‘one-to-one’ executive coaching session would be a useful option for helping you improve your negotiation skills.

“You must never try to make all the money that’s in a deal. Let the other fellow make some money too, because if you have a reputation for always making all the money, you won’t have many deals.” – J. Paul Getty.